Flooding Can Impact Oswego Residents at Any Time 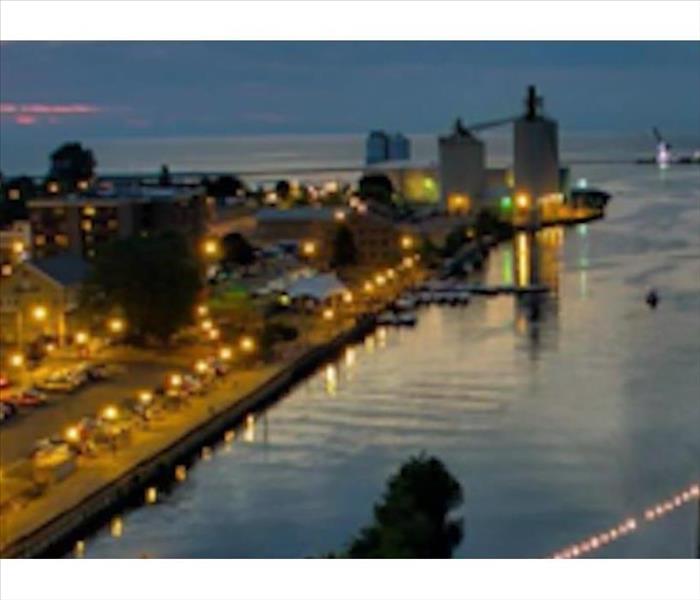 Floods happen even during holiday season in Oswego. SERVPRO can help.

Oswego is a coastal town located on Lake Ontario in Upstate New York. The city’s claim to fame is it is known as “The Port City of Central New York.” It is home to over 18,000 people, and they all love to celebrate Thanksgiving and the upcoming holidays. Let’s take a look at the city before delving into traditions New Yorkers like to enjoy.

The Iroquois Indians are native to the area, and the name os-we-go means the “pouring out place.” In 1722 the British decided it was an excellent place to establish a trading post. When it was fortified as a log palisade, it became known as Fort Oswego. It would go on to become Fort Ontario.

The French destroyed Fort Ontario during the French and Indian War when they captured it. The British built a second fort in 1759, but it was for cannon employment only. The fort was abandoned during the American Revolution, and the Americans destroyed it in 1778. It went back into British hands in 1782, where it remained until 1796.

Fort Ontario did another turnabout during the War of 1812, where the American forces were overwhelmed by the British. Their goal was to stop supplies coming out of New York. Their victory didn’t last long, and they were defeated in less than a month at Oswego.

On March 14, 1828, Oswego was incorporated as a village. In 1829 the Oswego Canal, which is part of the Erie Canal, reached the city. The town grew significantly during the 1850s when the Oswego Water Cure establishment came into existence. Water cures were quite popular then, and Stonewall Jackson was said to have visited the area in August of that year.

The railroad also brought growth and development to the area. Port Oswego was once a hub for quite a few major railroad systems, including:

Steamships could get fueled by the railway's coal trestle at the Port of Oswego. Daily passenger service on the DL&W ran from Hoboken to Oswego with stops in between. NYC’s last passenger service was in 1951. Some of the train stations remain standing today.

Like many New York residents, the folks of Oswego love the Macy’s Day Parade. Families often head over to help line the streets to watch this beloved holiday tradition. Those that cannot go in person watch it on TV. A favorite activity connected to the parade takes place on Thanksgiving Eve. This is when the balloons get inflated for the parade. It takes place at the American Museum of Natural History, and it is fun to watch them come to life.

Ice skating is another winter pastime many people enjoy. There are local places to skate, but many folks like going to the ice skating rink at Rockefeller Center. Wollmann Rink in Central Park is another excellent ice-skating location. If you want to skate indoors, check out Sky Rink at Chelsea Piers.

Take in a Holiday Show

Hitting up a holiday show is one more tradition that many Oswego families look forward to each year. Radio City puts on an annual Christmas spectacular, and there are any number of Broadway shows to see. And what would Christmas be without The Nutcracker Ballet?

A fascinating tradition in New York that began years before the Macy’s Parade is Ragamuffin Day. The real start of this strange tradition is unclear, but it is believed a mix of holiday happenings became blended with an old New England custom.

The New York Times wrote about this tradition in 1893, stating that the custom was for poor people and servants to go to the homes of wealthy people and ask for items to help them celebrate Thanksgiving Day. And of course, the rich were duty-bound to be bountiful. Somewhere along the line, costumes and begging became joined into Ragamuffin Day.

Everyone Wants to Dress Up

During the 1880s and 1890s, it became more of something children did. Kids dressed up representing everything from Indians to Uncle Sam. Some folks loved the tradition, and others hated it but it grew. Thanksgiving Day in 1902, the streets of New York City were overrun with thousands of kids. Everyone seemed to get in on the “pretend begging.”

The Madison Square Boys Club put together the first annual Thanksgiving Day parade in protest of all those youngsters running around begging for alms. The tradition ended with the stock market crash in 1929 and other factors such as a ban on panhandling.

Flooding Can Disrupt Any Holiday

Oswego is a coastal city and, therefore, prone to flooding. Sea level rise has increased over the years, causing more intense floods that occur more often. This means any home can be impacted suddenly by a disaster. Homeowners could find themselves displaced and in need of SERVPRO flood removal services in Oswego.

Be Prepared Ahead of Time

It has been a rough year, with an increase in storms and floods. One thing homeowners can do is be prepared for the possibility of a natural disaster. Here are some tips that can help:

SERVPRO of Oswego County can provide flood removal services once the ok is given to return to your home.  Never attempt to clean up contaminated floodwater on your own. We have the properly trained technicians with the PPE required to do the job. Contact us at (315) 343-1225 if you need any floodwater mitigation.